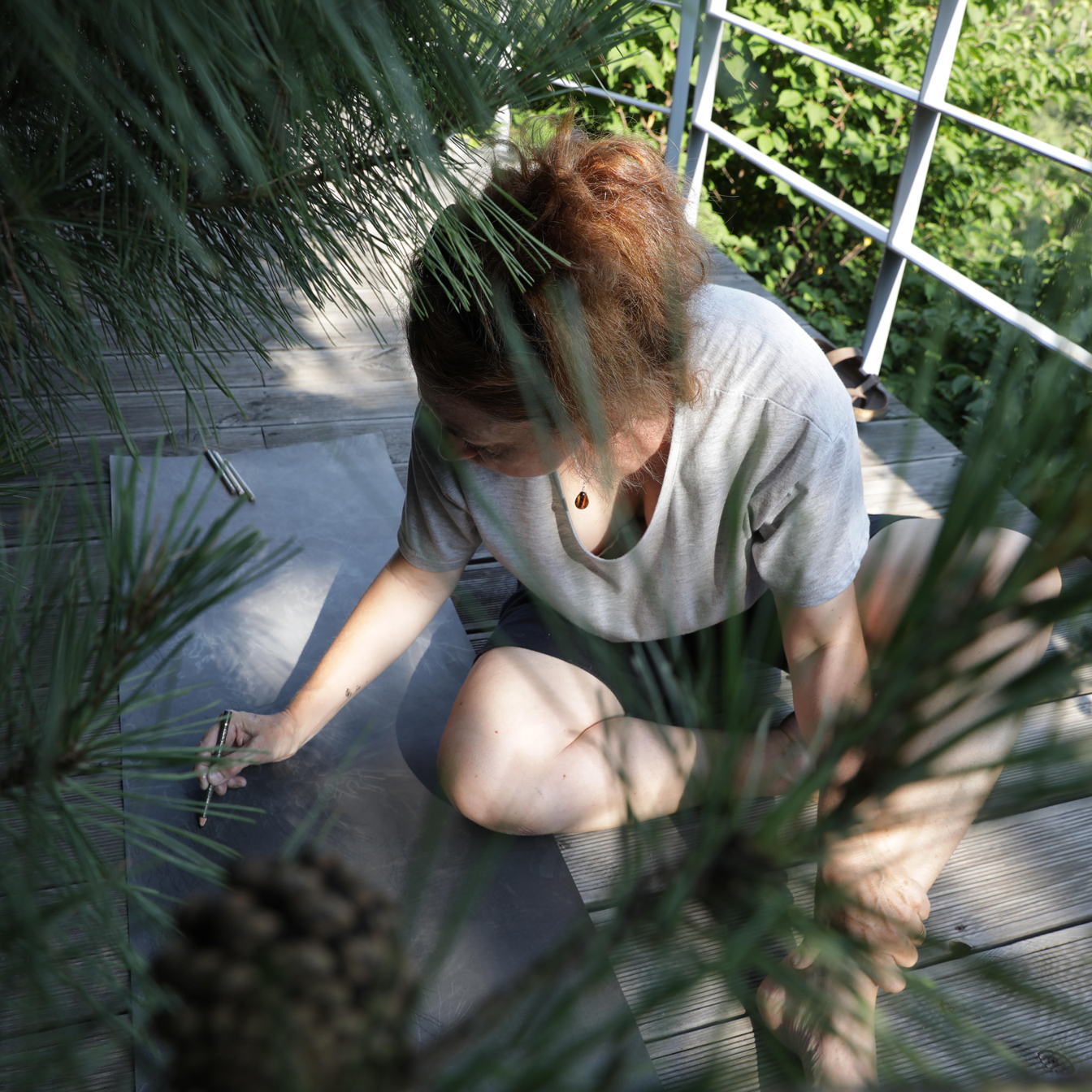 Anne-Laure H-Blanc (b.1968) is a french visual artist based in the Auvergne-Rhône Alpes region of eastern France.

H-Blanc intricates practise comprises drawing, painting and printmaking to explore notions of memory and place revealing ad tracing the invisble in nature. The artist studied at Univesrité Paris Panthéon Sorbonne (2008) and the Ecole supérieure d’Art et de Design Grenoble (2003-2006).
Prior to which, she obtains degrees in literature and theatre, and pursued a theatrical career in Paris. H-Blanc has exhibited across France and internationally and has works held in numerous prominent public collections in France and Canada as well as being awarded residencies in france and in south Korea.
The artist lives and works in Varces in the Isère department of France.